November 09, 2016
"Trump won."
This was the first thing I heard from my wife this morning. She has been following this election and been quite involved, which I'm proud of her for doing. We're both in disbelief really, and as I got ready for work and exited into a world that seemed changed somehow, I wasn't sure what to expect. Would there be rebel-rousin' folks driving around celebrating by shooting guns into the sky? Or would riots fills the streets of disappointed Democrats, lighting cars on fire and drinking forties? But as I drove in normal traffic down the streets I travel every day, I found nothing unusual, and that feeling started to leave.
It seems drastic to have such an extreme man as our president, which leads to my drastic thoughts about what he may or may not do. Will immigrants be sent out forcefully? With The Wall actually be built? Will Muslims be put in concentration camps until they are deemed "safe" by the government? Extreme examples, but my mind goes there. But then there's the drive. The traffic. The normal routine. The reality of it is that things change slowly, and should any change actually happen, it will do so in increments. Or even not at all. That's the great thing about our government I guess -- checks and balances. 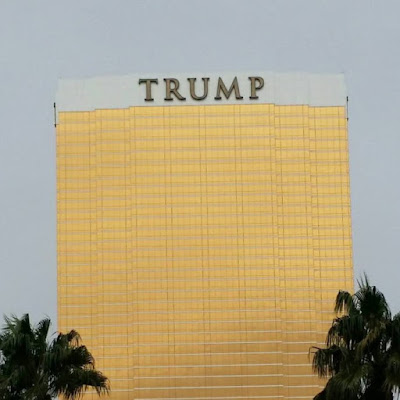 I write all this for myself as much as anyone who cares to read, to ease the worries that the world as we know it is not over because we the people gave one of the highest powers possible to a man who I, and many others (though not the majority, I guess), feel is extremely unqualified. It's scary in a way, handing over the keys to someone with business sense, but seemingly not much else to offer, politically speaking. Still, I take solace in two things. The first is that God is in control. That may sound cliche. But it's the truth. No leader is elected without God knowing it beforehand, so though I am surprised, He is not.
I listened to a great Judah Smith sermon on the way to work this morning that really put things into perspective. What may happen, should our worst fears become reality and the racism and bigotry that appears to be so rampant does seep its way into American culture, is that a large void will be left. Mercy, inclusion, empathy, generosity and unbiased justice will dissipate as hate sets in. But who better to fill that crucial void than Christians, people who claim to follow the ultimate Includer? If our leader claims that all Muslims are terrorists, then we need to be there to love the ones that aren't. When families are ripped apart because of immigration laws, we need to step in and be the family for those left here. If the man of color is ostracized, we need be the one to include him. What Judah says is that this may just be a great call for the church to step up and love like it never has. And I agree. (Check out that sermon if you get the chance.)
The other thing that comforts me is, funny enough, the Avett Brothers. Check out this quote from Head Full of Doubt/ Road Full of Promise:

There's a darkness upon me that's flooded in light
In the fine print they tell me what's wrong and what's right
And it comes in black and it comes in white
And I'm frightened by those that don't see it
When nothing is owed or deserved or expected
And your life doesn't change by the man that's elected
If you're loved by someone, you're never rejected
Decide what to be and go be it
There was a dream and one day I could see it
Like a bird in a cage I broke in and demanded that somebody free it
And there was a kid with a head full of doubt
So I'll scream til I die and the last of those bad thoughts are finally out

Whether our lives change or not is, in a way, up to us. We can be the same person with or without Trump as our leader and influencer. We can love others and teach our families well. We can fill the void that, even with social programs and a "tolerant" society, is still wildly present in today's world. The void may expand in the future, but that only means more people to love, and I hope that you and I can be there together to do just that -- love in the spaces where its needed the most.
avett brothers church city democrat doubt election fear full hate head hilary inclusion judah love politics promise republican smith trump