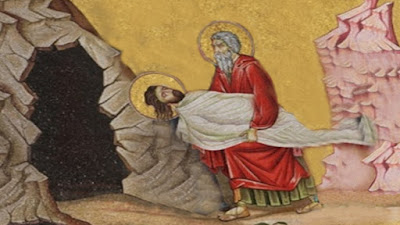 Let's talk about boldness.
I haven't been much for boldness, evidenced by my dating track-record. First was the girl I never called because I was afraid my parents would find out I had a girlfriend (they didn't care). Then there was the one who I was not bold enough to ask out, but rather told a friend who knew her to spread the word that I had a thing for her. She came up to me at lunch one day, and the rest is history. That is, until I got tired of her and, not being bold enough to actually break up with her, was just mean to her until she brought up the subject.
My lack of boldness continued through college until I met my wife, where I was still not so bold as to ask her out, but kept hinting at it until we decided to have the DTR (define-the-relationship). Things worked out with her, but I still have a ways to go...
In scripture though, it seems that God rewards boldness. Jesus said in Matthew 11:12, "From the days of John the Baptist until now, the kingdom of heaven has been forcefully advancing, and forceful men lay hold of it." To be a great man or woman of faith requires some degree of boldness. To be a follower of Jesus requires boldness too -- in Mark 6, the disciples have returned from being sent out in pairs. They go away to a solitary place to get some rest, and tons of people meet them. Jesus teaches them, but the disciples bring up the fact that it's getting late and the people need to eat. Jesus replies with, "You give them something to eat." (Mark 6:37b). What?! Are you serious Jesus?! Yes. In faith they obey, and it all works out.
It seems a lot of lessons Jesus taught His disciples involved God providing for their needs, even in ridiculous circumstances. It all required boldness and trust, which God seems to reward.
In the Old Testament, David was called a "man after God's heart." (1 Samuel 13:14) He was humble and bold, but also incredibly flawed, going on to commit adultery with his own soldier's wife, and then having that man killed to cover it up. With this same woman, though, David would have Solomon, through whom God's covenant would continue.

What strikes me about David is his consistently strong faith and regular worship -- he wrote about half of the book of Psalms. It is amazing that he can do this, even in the darkness of his deepest sin, but maybe that's the secret to getting past it. That's another blog though...
A lesser-known man of boldness...Joseph of Arimathea (which spell-check wants to change to Joseph of Aromatherapy), who "boldly" asked Pilate for Jesus' body after he is crucified (Mark 15:43). Scripture reports him as a "prominent member of the Council," the same Council that sentenced Jesus to death, though it reports that he did not consent to their decision and action (Luke 23:51). It also says he was a disciple of Jesus (Matthew 27:57). I have to wonder, though, why did Mark say he "boldly" went to Pilate? Every other account just says he went there; what about the action was bold? (Mark does note odd things and leave out others, such as the guy who ran away naked from the garden of Gethsemane after Jesus was arrested [Mark 14:52].)
Maybe he was there when Jesus was sentenced (it's not known if he was or not), and didn't say anything to the contrary. Perhaps his act of boldness was a little too late. Or maybe he wasn't there, and when he found out, he decided to do something for his rabbi, a proper burial being the least he could offer. I suppose this still would have been a bold act, as the Council would certainly have found out and he would likely be have been rebuked, reprimanded or put out of the synagogue. Either way, he is mentioned in the synoptic gospels, and therefore honored for his boldness.
In scripture, I think God honors the bold, and this is because it requires faith. You can have faith without boldness, but you can't have boldness without faith. Faith in what? That whatever decision you make, no matter how brash, will turn out alright because God is taking care of you. This takes a lot of trust.
Boldness also takes honesty. As David sings after he is rebuked by Nathan the prophet for his adultery and murder.

Have mercy on me, O God, according to your unfailing love; according to your great compassion blot out my transgressions. Wash away all my iniquity and cleanse me from my sin. For I know my transgressions, and my sin is always before me. Against you, you only, have I sinned and done what is evil in your sight, so that you are proved right when you speak and justified when you judge. Surely I was sinful at birth, sinful from the time my mother conceived me. Surely you desire truth in the inner parts; you teach me wisdom in the inmost place.
You do not delight in sacrifice, or I would bring it; you do not take pleasure in burnt offerings. The sacrifices of God are a broken spirit; a broken and contrite heart, O God, you will not despise. (Psalm 51: 1-6, 16-17)

Again, truly I tell you that if two of you on earth agree about anything they ask for, it will be done for them by my Father in heaven. For where two or three gather in my name, there am I with them. (Matthew 18:19-20)

Even in marriage, our wives are called our "suitable helpers," (Genesis 2:18b) and God knows where I would be without my wife.
The first time I realized how much help a partner is in being bold was at El Porto with my good friend Zach. There is one way in and one way out of the busy El Porto parking lot, and a guy was stopped, waiting for some folks to pack up and vacate so he could park there. This dude was totally backing up traffic, waaay up the ramp. I thought to myself, What a douche...this guy needs to just keep going and find a spot later. I rarely say what I mean though (another mark against my boldness factor), but with Zach there to back me up, we were both bold enough to call the guy out and tell him he should keep going. Something small and simple, but it struck me that having this partner in our cause was what led me to speak up.
So to summarize this rather long blog post, boldness takes trust, honesty (with us and God) and a partner. So go out there and be bold! Maybe something good will happen!
bold boldness disciples faith God helper honor honour Jesus joseph of arimathea partner trust