I wrote some years ago on the topic of age and expectations. It's an idea that has been coming up again recently, so I thought maybe it would be a good thing to revisit.

I keep hearing, "I'm so-and-so age and I haven't done so-and-so," typically centered around the milestone of turning thirty. I can't say I'm not immune to this thinking though, as life certainly hasn't turned out the way I planned ten years ago. My career is pretty much non-existent. Actually, the whole idea of having a career has been slowly flying out the window before me. I think this is something God has been bringing me through personally, so I don't want to make any comment on careers here; but really just dealing with this idea of believing I would have hit a certain milestone by this point in life is tough. My struggle is career, for others it's relationship status or having kids... Actually, I can't really think of any other milestones that come up in conversation -- those seem to be the big two. But I have to ask -- Where do these expectations come from? 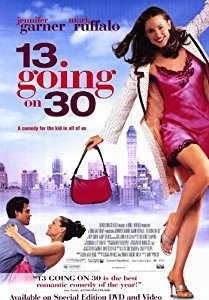 The answer I come up with is that they are societal norms that turn into personal pressures. Most people at thirty have gotten married, had a couple kids, bought a house and have a pretty stable career that they spent most of their twenties working towards. Well, if most people have done it, why haven't I? But I have to ask another question -- What does God say about it?


Do not conform to the pattern of this world, but be transformed by the renewing of your mind. Then you will be able to test and approve what God's will is -- his good, pleasing and perfect will. (Romans 12:2)

That pretty much says it -- this world and its expectations will likely differ from God's, and so we need to be comfortable in those differences. That's not to say that God's will and those milestones, some of which may be genuine desires, might not always line up. Most of these things we want are pretty good things, and we probably have good logical reasons for wanting to attain them by the time we have set out to do so. The problem is that I keep seeing friends get down on themselves about what they have and haven't accomplished at their age, and I don't think it's right. God has you where you are for a reason. Period. And that's hard for me to write because, if you read this blog at all you know, I'm coming out of a really hard year. But that's one of the lessons he's been teaching me and I think it's true. You are where you are for a reason. Even if some seemingly poor choices you made brought you there, those choices did not surprise God.

Guided by the hand, you will be led through this life, sometimes knowingly, sometimes not. There will be dangers on the path, dark cliffs and hidden vipers. You may, at times, feel the mist of waterfalls and bask in the shade of green trees looming overhead while birds chirp away songs of joy and hope. And then there will be days in the desert, where a lonely death seems right around the corner. But we have to have faith that these things work out like this for a reason, and trust that God will bring us where he wants, when he wants us there. If we don't, then all the anxiety that our generation is so thoroughly saturated in will surely consume us as we attempt to design our destiny around what we think it should be. Really, it all boils down to trust.


And I am sure of this, that he who began a good work in you will bring it to completion at the day of Jesus Christ. (Philippians 1:6)