January 29, 2018
I've written often that men should listen to the women in their lives. Even as a proponent of this message, sometimes I find myself reluctant to at times. A big example of this in our household is in the arena of kitchen appliances.

One of the first contentions in our marriage was over how many kitchen appliances we have had in our life together. Each of us has attached ourselves to one such appliance or the other -- a rice cooker, griddle, juicer, coffee grinder, blender -- and sometimes the other spouse just wants to get rid of it! Lately, I have been on the side of minimalism, because let's face it: these things take up too much valuable counter space! We live in the biggest place we ever have, and have trimmed down our appliance arsenal, but somehow we still don't have enough space!

And then, in an undisclosed bout of frivolous spending, my wife ordered a rice cooker! After we left our last one in California for lack of use. What nerve! 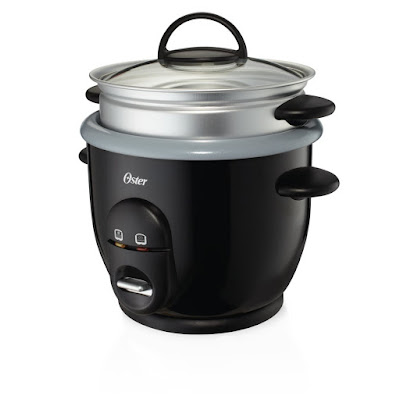 I questioned her motives, but we are enjoying a more plant-based diet these days, and she thought something to cook large amounts of rice, quinoa, couscous, lentils, etc., would be nice, especially since it had a steamer on top for vegetables (and meat, should we ever return to the dark side). The purchase was made however, and so I reluctantly complied with open skepticism.

Well, it takes a humble man to admit when he is wrong; and I was wrong. That thing is awesome! Like healthy mad scientists, we are mixing and experimenting with different types of grains, all of which are easy to cook in the Oster. We also regularly steam broccoli and butternut squash (amongst other foods), most of which take a while to cook otherwise. The thing is a dream and I have to say, if you don't have a rice cooker/ steamer combo, think about getting one! Here is the one we bought. It is about as simple as you can get, and cooks just about anything well. (Sometimes the rice does burn on the bottom, but perhaps I'm not putting enough water in.)

Lately, I have been pondering and having conversations about the role of women and men in leadership in marriage. I am sad to find that, much of the time, men make decisions, some good and some bad, but largely neglect the input of their wives. As I establish my own role in this regards, and consider where the line between leadership and arrogance lies, I can't help but weigh heavily my wife's opinions. She researches the crud out of everything, and is so often on the side of right in hindsight, that I must take her input seriously.

And so I want to charge you, Reader, to do the same. She might not always be right, but it couldn't hurt to listen and have the humility to accept some change on her behalf. It may just keep you from some massive mistakes. Or maybe you'll just get another kitchen appliance.