July 30, 2018
I think in most circumstances of life there is a "do-gooder" around, you know...doing good. I remember my middle school French class where a kid raised his hand to tell our spacey teacher that the answers to a test we were about to take were on a poster on the wall -- to the chagrin and collective moans of the class. Right now I work with a do-gooder, and I've noticed a couple results from working in proximity to him.

Being a skateboarder, there comes a tendency to break rules. I mean, I was born with a guilty conscious, so this doesn't go too far for me, but if there is a rule I think is dumb or unnecessary, I will likely break it. But when I'm working with this guy at work, he calls me out on it. When it is late and we are about to finish work and most of my coworkers are flying through their tasks to get home sooner, he takes his time and does the same good job no matter what. And what I am noticing is that, when he is around, I try to act more like him. And what is even more interesting is that after a few times of this, when he is not around, I am more apt to do the same thing. Acting right is contagious if you respect the do-gooder in your life, which leads me to believe it can be a powerful role to play.

Like I mentioned, I was born with a guilty conscious, and so for much of my life I have been the do-gooder. For example, I spent most of my life never saying curse words, mostly because of this verse:


Do not let any unwholesome talk come out of your mouths, but only what is helpful for building others up according to their needs, that it may benefit those who listen. (Ephesians 4:29)

I figured that if the world (or the culture I am in right now) sees certain words as "unwholesome," then I should refrain. But as the years went by, I found that friends would clean up their language around me, or stop themselves from saying certain words, even though I never made a comment towards their own language. In a way that was good, but bothered me that they were hiding a part of themselves from me, or wearing a mask of sorts. I want people to feel that they can be honest around me, and so, in an effort to be more relatable, I started letting a curse word slip here or there. Whether or not this was the right choice, I still can't say, but it's what I did. But then when I was describing this transformation to an old friend, he said he always appreciated that I acted and spoke a little different than everyone else, and commented that it made him want to be better himself. But is that what we are supposed to be doing in this life? Making people want to be better, to clean up their acts? 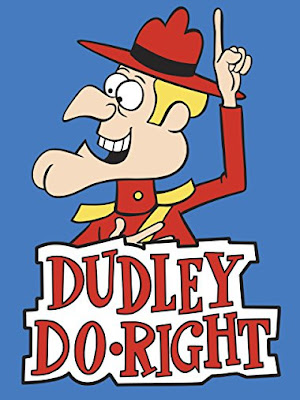 The "sinners" of Jesus' day liked hanging out with him, which often baffles me. The most spiritual people I know usually don't relate well to the rough-necks and vagabonds of our current culture, so I have to wonder what Jesus was like that made drunkards and prostitutes want to be around him. Maybe he made them want to be better, but I would like to think they wanted to be near him because he made their souls come alive. But they must have felt comfortable enough around him to be themselves, right? Otherwise, I don't think they would have flocked to him as they did. But he was also perfect, and so there must have been an obvious contrast between his life and theirs.

This concept has been on my mind for the past several years, and I can't say I have come to any conclusion as of yet. I will say that you should do the right thing always, and that this can be infectious, as the example of the do-gooder proves. But there has to be some aspect of love amongst the non-do-gooders that eliminates judgement that we need to include in our behavior. Where the line between these two is, I am not sure, but if we can find it, we can be that much closer to bringing Heaven down to earth.